Pamukkale is located in the north of Denizli and intertwined with the ancient city of Hierapolis is 20 km away to city center. Founded by King of Pergamum II.Eumenes in 197 BC, its name comes from the Queen of the Amazons Hiera, but also the “holy city” is known as. Jesus’ disciple Sainth Philip was killed here and on behalf of Philip’s tomb is made, in terms of faith tourism Hierapolis makes prominence. Temple of Apollo, St. Philip martyriumu, ancient theatre, the Roman gate, north Byzantine door, agora, Roman bath used today as a museum, water channels, a columnar church and necropolis, Hiearapolis’ a major historical buildings.

The thermal water of Pamukkale offers beauty and health to the people since ancient times. There is possibility to swim in the Cleopatra pool. 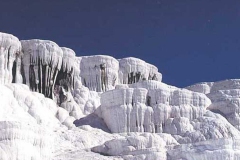 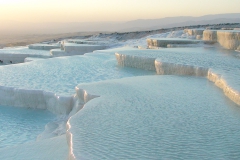 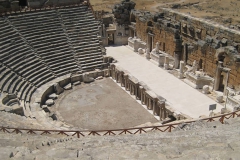 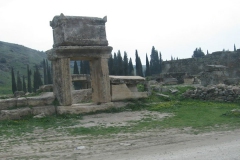 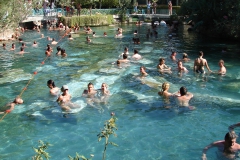 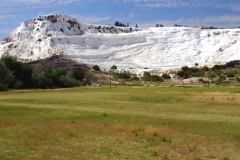